Why the ECB should issue a digital Euro – an essay

This argumentative essay was part of a mock exam in English at the University of Potsdam, where I attended a language course at the C1 level (UNIcert III). It was finished on 11 December 2018. Although I am very happy that my essay was given a grade of 1.0, I took the time to slightly revise and further improve it.

Why the ECB should issue a digital Euro

As digital payment services are steadily increasing their market shares and countries like Sweden are moving fast towards a »cashless society«, the decline of monetary sovereignty is becoming more and more evident. While the first progressive politicians, scientists and social movements are calling for a central bank digital currency (CBDC), other groups who share a market-radical ideology are lobbying for a complete privatization of payment systems. In this essay, I will argue in favour of a digital Euro issued by the European Central Bank (ECB).

We are all facing some kind of »war on cash« (Campaign, 2005 & 2006), initially declared by the leading credit card companies Visa and Mastercard and from the very start supported by other profit-driven private actors in the payments and credit markets. Even some economists, central bankers and politicians praised or encouraged the abolition of cash to fight criminality or to introduce negative interest rates (Häring, 2018). However, a »cashless society« would be the worst scenario for both our democracy and our social market economy.

First of all, every monetary system is heavily dependent on public confidence and should consequently be democratically legitimized. Nowadays, banknotes and coins are the only (universal) legal tender. They are guaranteed by the ECB, which cannot become insolvent. Thus, cash is a safe asset compared to bank money deposited in current accounts. Bank money, though, is only a liability of the issuing bank to deliver cash on demand. That is why this kind of money carries inherent risks, especially in times of systemic crises when bank runs and bailouts occur. Because of that and because traditional coin and paper money will disappear from everyday life sooner or later, the ECB should develop a new safe form of central bank money fit for the digital future now.

But the question of whether the ECB should issue a digital Euro or not is not merely an academic issue that concerns the legitimacy and stability of a financial system. It is also a social and political one. Regardless of its current huge democratic deficits, it is much easier for a state-owned monetary authority such as the ECB to be perceived as neutral, trustworthy and primarily governed by the common good. Contrary to this, private commercial payment service providers usually do not have any incentives to offer a cheap and stable payment system for every citizen, particularly not for those citizens who live in the more distant and less inhabited regions of a country or who are less technically affine. Furthermore, lots of their business models contain the analysis of financial data of individuals. Such commercial interests are alien to the ECB. Therefore, it can offer inclusivity and anonymity more easily. Surely, governments will attempt to establish transaction monitoring programs to detect terrorists, money launderers and other criminals. But such legislation would be nothing new.

A few weeks ago, Christine Lagarde, chairwoman of the International Monetary Fund, seemed to encourage the introduction of CBDC. »The advantage is clear«, she stated at the Singapore Fintech Festival. »Your payment would be immediate, safe, cheap and potentially semi-anonymous« (Lagarde, 2018, p. 7). Lagarde and most open-minded Western central bankers, informally headed by Stefan Ingves, the governor of the Swedish Riksbank, which runs the e-krona project, usually refer to CBDC only as a »back-up to the private payment system« (Ingves, 2018, p. 8) to secure competition, innovation and the necessary minimum of public confidence in the national currency. In other words, they only want to preserve the existing way of money issuance through a public-private partnership between the central bank and commercial banks. Nevertheless, the idea of money as a common good could be strengthened even if CBDC were only offered as an additional means of payment.

There will not be an inclusive, cheap and safe means of payment ready for the digital economy of the 21st century, unless the ECB issues universal digital cash, which is, by convention, guaranteed by the state. If leading policy makers and central bankers in the Euro area keep on leaning back and doing nothing to prepare for a digital Euro, the future will be governed solely by private profit-maximizing payment service providers, which poses a risk to the stability of the financial system. Therefore, the ECB should rather lobby for a digital Euro on the political level than attempt to discourage serious efforts to develop digital cash as an alternative to private money. 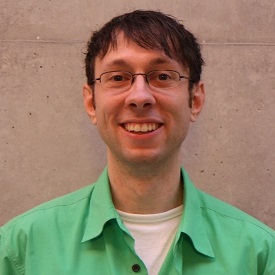